The USAID-funded project Strengthening Agricultural and Nutrition Extension (SANE) project in Malawi aims to strengthen the capacity of the District Agricultural Extension Services (DAES) to mobilize and work with service providers to deliver agricultural and nutrition extension and advisory services more effectively and in a coordinated manner. The project supports the Agricultural Extension Services System (DAESS) platforms to identify and strengthen stakeholder linkages, particularly by targeting platforms in the 10 districts that make up USAID Malawi’s Feed the Future Zone of Influence.

By incorporating video technology when disseminating agricultural information in the field, extension services can more effectively enable new and advanced farming practices and technologies to reach a much larger audience. Organizations like Access Agriculture and Farm Radio Trust have enabled access through multiple formats and local distribution mechanisms. The videos include local people as actors and make them appealing to many audiences through local language voice-overs. Because these organizations have made these videos for farmers both visually and audibly, it is now important to mobilize this resource so that these videos can be accessed and utilized for extension purposes in Malawi.


At the end of June and into July of 2018, with the assistance of the SANE team in Malawi, two SANE interns developed a plan for improving access to agriculture- and nutrition-related extension videos and in building the capacity of DAES personnel and DAESS platforms to utilize and benefit from these resources.

The activity produced a few key lessons that are essential to understanding the nature of the use of video for extension and in planning potential next steps:

Demand for Extension Videos is High 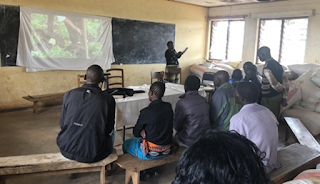 The general response from the videos was overwhelmingly positive. ASPs in all three districts expressed several benefits to the use of videos as an extension method. Many voiced that the videos could be a great educational tool, reinforcing current knowledge and introducing new information.

Information Flow from National to Field level (feedback loops) Needs Improvement
The group discussions that accompanied the video screening shined a light on a disruption in the flow of resources and information in Malawi’s agriculture extension system, especially between the national level to the farmer. Most of the participants had never seen a video used for agriculture extension, yet DAES has these videos readily available. 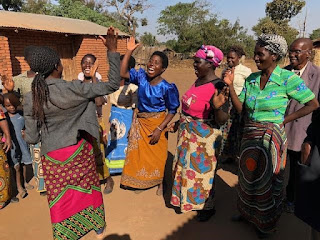 One of the key areas of discussion centred on accessing different technologies for viewing videos. Despite early perceptions that videos required complex technologies not available to farmers, phones – particularly through WhatsApp – were found to be a widespread option for viewing videos, even at the village level.

Meeting Farmer-Driven Demand
This gap between farmer demand and what is currently available provides an opportunity for more pre-existing videos to be translated into local languages relevant to Malawian farmers. In addition, new videos could be produced to meet this growing demand, especially on priority topics (e.g. Fall Armyworm) that groups are requesting.

To ensure that the process of translations and video production is demand driven, it is important to not only consider the topics for which farmers  have expressed interest but also consider the context of the videos themselves. Responses from farmers regarding ways the videos can be improved included the production of more videos in Malawi. Some farmers mentioned that this would make the videos more relatable, increasing their understanding of how to apply the content of the video to their own farms.