Wheat is an important strategic food security crop in Africa, where billions of dollars are spent on imports although there is a great potential to produce the crop locally. The African Development Bank (AfDB), bolstered by the successes of the Support for Agricultural Research and Development of Strategic Crops (SARD-SC) projects, started a new initiative – TAAT. (Technologies for African Agricultural Transformation). 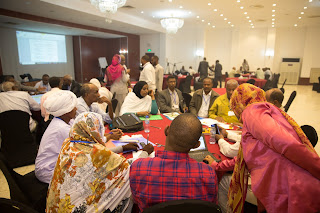 In Sudan, wheat was traditionally grown for thousands of years as a staple crop in the northern part of the country where temperatures are low. However, increased demand arising from an increased population and urbanization pushed wheat production towards the southern states with their shorter, hotter winters. The availability of heat-tolerant varieties boosted wheat production to a level of 90% self-sufficiency in the 1990s. However, inconsistent government policies led to a decline in self-sufficiency; at its lowest it was just 20%. With SARD-SC intervention, however, wheat self-sufficiency reached about 36% in the 2015/16 crop season. Local production reached about 780,000 tonnes compared to a total national consumption of 2 million tonnes. 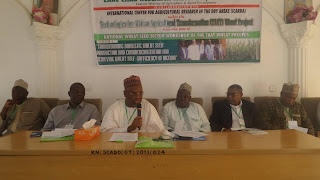 In Nigeria, as elsewhere in sub-Saharan Africa, wheat is becoming a strategic staple food crop – a result of increased demand arising from an increased population and urbanization and changing food habits. Nigeria has both irrigated and rainfed wheat production conditions. Commercial production usually takes place under Seed Info January 2019 | Issue No. 56 6 irrigation between latitudes 10°N and 14°N during the dry Harmattan season (November–March). The availability of heat-tolerant varieties had enabled wheat production to reach 90% in the 1990s. The wheat production level in Nigeria has been very low.