14 January 2014. Brussels. An information day focused on cooperation with South Africa under Horizon 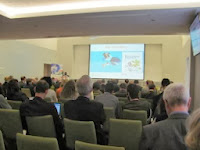 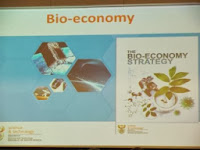 The seminar highlighted South Africa’s scientific and technological expertise in some of the priority research the ESASTAP Plus Platform, to support South African-European cooperation under Horizon 2020.
and innovation focus areas of Horizon 2020. The event was an opportunity for European organisations interested to cooperate with South Africa under Horizon 2020 to learn more about the countries’ capacities. Details were presented of the various advisory and support services. 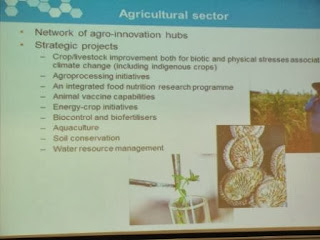 The science-based Bio-Economy Strategy, approved by the Cabinet in November and launched by Science and Technology Minister Derek Hanekom on Tuesday 14/01, positions bio-innovation as essential to the achievement of the country's industrial and social development goals. The new policy replaces the 13-year-old National Biotechnology Strategy.

In agriculture, the SA government wants to focus on locally developed, genetically modified crops and animal vaccines. In health, the push is to develop vaccines, AIDS drugs, and diagnostics and medical devices.

For industry and the environment, the strategy identifies reducing waste and using waste byproducts more effectively as areas of opportunity. It also says there is potential in manufacturing herbal products and medicines. (Ref: Proposed R2bn fund aims to boost bio-economy) 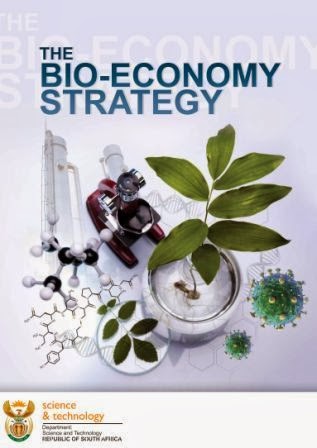 The Bioeconomy Strategy.
© Department of Science and Technology 2013.
48 pages

The Department of Science and Technology of South Africa, in consultation with other relevant stakeholders, has identified three key economic sectors – agriculture, health and industry – as being the most in need of, and likely to benefit from key levers to drive the implementation of the South African Bioeconomy Strategy.

Agriculture
Of the three sectors identified as crucial elements of the bioeconomy, the agricultural industry currently has the highest economic impact. With relatively little capital infrastructure required, it remains a key opportunity for poverty alleviation, job creation, economic development and household food security in South Africa, on the African continent and abroad.

The Bio-economy Strategy’s objective for agriculture is: