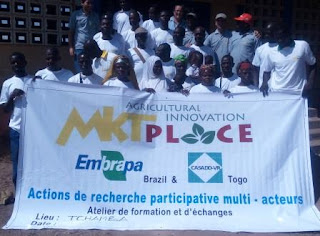 At the beginning of the second year of the project achieved results are:
During the stay, the Brasilian and Togolese teams visited pepper trials farms. The group participated in the pepper farmers leaders training and discussions: