30 March 2010. EU-funded researchers have identified a mutation that can make tomatoes tastier and boost yields by up to 60%. The findings, published online in the journal Nature Genetics, could have exciting implications for the agricultural industry. 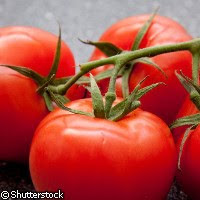 The research, carried out by scientists in Israel and the US, received EU support via the EU-SOL ('High quality solanaceous crops for consumers, processors and producers by exploration of natural biodiversity') project, which is funded under the 'Food quality and safety' Thematic area of the Sixth Framework Programme (FP6) to the tune of EUR 18.7 million.

The aim of this study was to investigate the phenomenon of hybrid vigour, also known as heterosis, which refers to the fact that the offspring of parents that are genetically different tend to be superior (i.e. taller or more productive for example) compared to offspring of genetically similar parents.