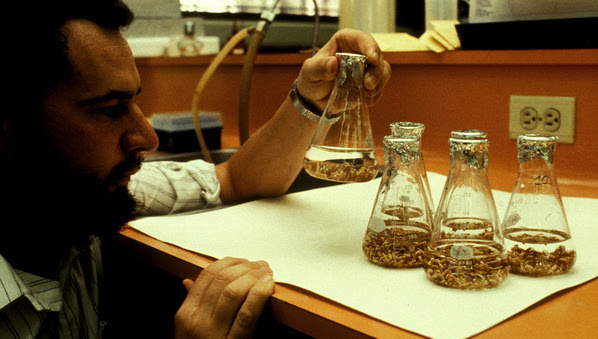 28 January 2014. SciDev. Africa and India cultivate agricultural research ties. Africa and India are gearing up to further enhance cooperation in agricultural science, technology and innovation, and move beyond dialogue to a range of practical options from a virtual biotech platform to agribusiness centres, seed investments and even joint donor-aided projects.

“India has developed solutions to its unique environmental and cultural challenges. We could learn from it,” he told SciDev.Net at a meeting on science, technology and innovation cooperation between Africa and India in New Delhi last October.

The meeting, which included ministers, heads of biotechnology organsiations, seed industry representatives, officials and scientists, generated a slew of proposals to enhance agricultural collaboration. The ideas from the meeting will feed into a larger Africa-India summit slated for 2014 in Delhi.

Several international research institutes are engaged in collaboration programmes between Africa and India.

“India-Africa knowledge management should move beyond the movement of messages to technology dissemination tools and approaches, and linkages to agricultural education,” says Purvi Mehta-Bhatt, the institute’s representative for South Asia. The two partners should develop joint projects to attract donor funding, set up institutional collaboration and document, monitor and evaluate their experiences, she says.