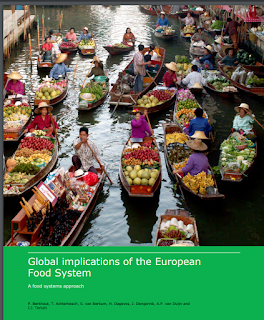 The EU is a major player in the world market for agricultural products, both dependent on commodity imports from many countries, and exporting high-value agricultural products. There is a need to better understand the impact - on people, planet and profit - of the EU trade on food systems outside the EU, with a focus on Low- and Middle-Income Countries (LMIC).
The objective of this study is to enhance the knowledge on the global implications of the EU food system. In particular, the study provides:
Extracts:

The top 5 of imported products by the EU28 from third countries includes fish (mainly fresh salmon and frozen shrimps & prawns), fruits and nuts (bananas and almonds), coffee and tea, residues from the food industry (oil cakes from soy bean meal), and oilseeds (soy bean and rapeseed). (page 15)
The top 5 of exported products by the EU28 to third countries includes beverages (wine and spirits in particular), dairy produce and eggs (cheese), meat (pig meat), cereals (wheat), and cereal preparations (flour); Shares of this top 5 were rather stable in the period 2000-2016 apart from cereal preparations, which increased from 5% in 2000 till 8% in 2016. (page 16)

Changing demands of the European processors and retail require an adaptive response by farmers and/or other parts of the food value chain. If farmers and the food value chain are able to do so, this may result in benefits for both farming and the wider economy (through processing and packaging). However, for low- and middle-income countries the necessary transformation of their food systems presents challenges for producers, especially smallholders. Domestic barriers, like lack of access to finance, markets and transport, as well as the barriers created by standards on quality, traceability and certification, often make their participation in integrated value chains very difficult. In many countries, the ongoing fragmentation of farmland may further hinder smallholder farmers’ capacity to adopt new technologies. (page 8)

An increasing number of perspectives for assessing food systems outcomes are being developed, many aiming to provide tools to address effects of food insecurity or climate change. What is common in the majority of these novel approaches, is their emphasis on the need for a holistic and systematic interrogation of food systems. As such, a clear shift has been made from a focus on solely food production outcomes, to approaches that also incorporate food consumption, retail channels and policy incentives. (page 12)

EU-based food-related companies invest in foreign countries to either source their inputs or sell their products locally. Foreign direct investments (FDIs) are therefore also an indication of the international economic relationships among countries.  In most cases FDIs and trade are complementary to each other, with FDIs generating bilateral trade. Moreover, FDIs in the food (processing, marketing) and agricultural sector may encourage trade of the country the company invested in with other foreign markets. Next, FDIs bring in knowledge and capital, contributing to the agrifood sector development in the investment receiving country.  Hence, the global impact of the EU28 food systems should not be deduced only from its trade relations with third countries, yet should include all company-specific value chain activities taking place across the EU border. Such global value chain activities are not always easily traceable due to a lack of (detailed global) data on foreign direct investments in food and agriculture. Using trade data for illustrating the interconnectedness of the EU food systems with third countries is then a second best solution. (page 15) 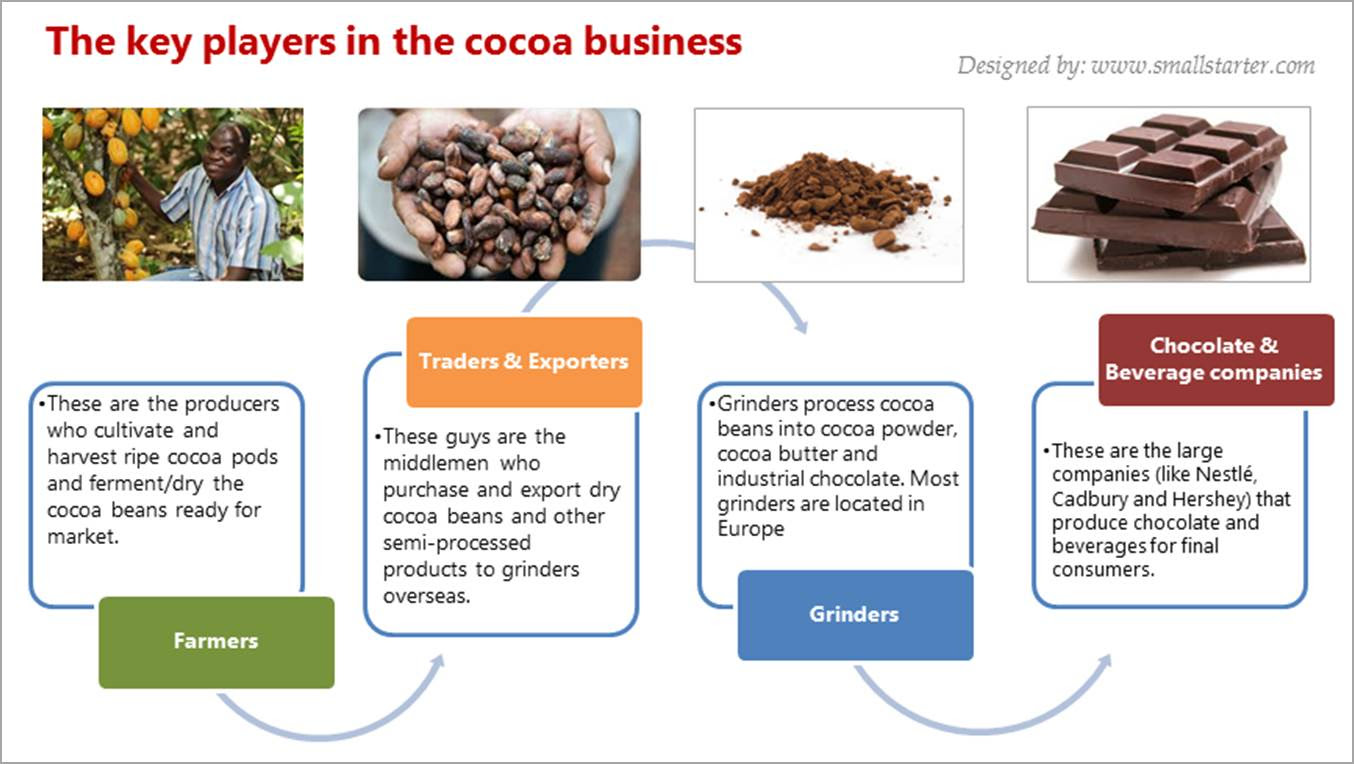 More attention is needed for changes in the food consumer culture through diffusing social norms and habits regarding eating preferences or practices. Such (subtle) changes can be (secretly) cultivated by food companies, advertising and marketing, food policies or changes in the food environment (e.g. new food outlets or developments in the affordability or accessibility of particular food products). Soft values such as knowledge, environmental management, consumer preferences, even impacts on SDGs are embedded in material trade flows and financial values. In this regard, the impact of foreign direct investment (FDIs) on food systems outside the EU and the potential for sustainable finance warrants specific attention. With recognition of the cultural context to problem definition and perspectives on solutions, the commonalities and shared interests between EU and its global partners in addressing food security challenges provide a platform for mutually beneficial international collaboration in the area of food systems science and innovation. (page 36)

The brunt of open data in LMIC is geared to support research on agriculture, livelihoods and environmental impact; it covers much less of the perspectives on food processing and transformation, on distribution &and provision, and on increasingly complex behavioural drivers of food choice, habitual diets and nutrition outcomes. The brunt of data on the downstream food systems activities sits with the private sector, in LMIC as well as in the EU. (page 36)
at Friday, May 11, 2018