4/6 April 2011 - Cape Town South Africa
“Mycotoxin reduction – Global solutions"The MycoRed Africa 2011 Conference will bring together a range of international experts to discuss mycotoxicological issues in general and mycotoxin reduction measures in particular.The Conference will be held from 4 to 6 April 2011 under the auspices of the International Society for Mycotoxicology.The academic programme aims to address a wide range of issues concerning mycotoxins, including their production by mycotoxigenic fungi, natural occurrence, their fate during processing from farm to plate, toxicology and regulatory control. Emphasis will be placed on the conference theme, but prominence will be given to the problems in different African environments and their potential solutions.


Besides talks on numerous topics by invited speakers (local and international), there will be opportunity for presentation of original research work, either as oral or poster presentations. Participation of delegates from the African continent will be encouraged and actively promoted.
Delegates are encouraged to use this meeting as a forum to discuss their research findings.
The conference is organized by Gordon Shephard from MRC.

Mycotoxins are secondary metabolites produced by fungi that are toxic to humans and animals consuming the products. The mycotoxins represent one of the most important and sensitive problem for our world and our life, as various many products we normally use in our diet are exposed to their contamination.


This EC FP7 project called MycoRed builds significantly on the outcome of several European projects (through most coordinators/partners of FP5 and FP6).
Mycotoxins are dangerous for  feed and food chains  as  they can create contamination in pre- and post-harvest processes. Mycotoxin research is making strong efforts to improve knowledge and reduction of aflatoxins, trichothecenes   (deoxynivalenol, nivalenol, T-2 and HT-2 toxins, etc.) , zearalenone, fumonisins and ochratoxin A   are very important to handle this problem.Mycotoxin reduction targets of vital importance have been identified by some international food organizations (e.g. FAO, CIMMYT, EFSA, IITA, SAFE consortium), EU reports and relevant food industry representatives.

Mixtures of mycotoxins probably have at least an additive, if not synergistic, egregious effects. These toxins are primary sources of both yield losses and increase of management costs worldwide. 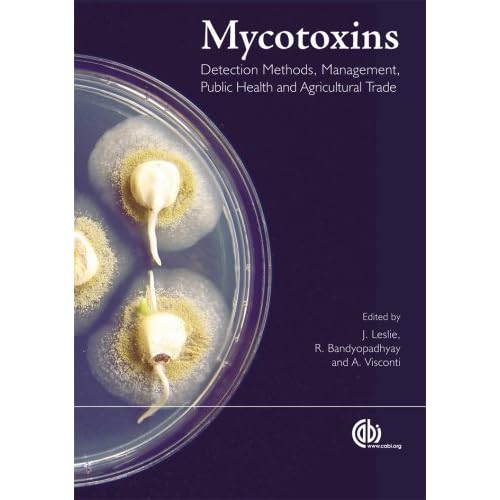 Content:
Mycotoxins are produced worldwide by several fungi on a wide range of agricultural commodities and are closely related to human and animal food chains. Examining mycotoxins and their impact from a public health viewpoint, this book provides an overview and introduction to the subject and examines the health, trade and legislation issues involved. Management of mycotoxins is discussed in detail as well as the global problems caused by mycotoxins.