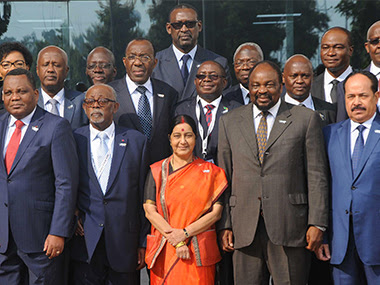 26-30 October 2015. New Delhi. A five-day India-Africa conclave took place in India to deliberate on the need for greater cooperation in agriculture and agro-processing, which would have a positive impact on the food security situation in Africa and India.

The third India-Africa Forum Summit, which is the largest gatherings of African nations outside the continent, is being attended by all the 54 African countries. About 40 African presidents and prime ministers participated in the event along with several ministers and other dignitaries. The two previous India-Africa Forum summits were held in 2008 in New Delhi and in 2011 in Addis Ababa, Ethiopia. It is the first time that an international summit on such a scale is being held in India, after the Non-Aligned Summit in 1983; the Commonwealth Heads of Government Meeting held in the same year saw the participation of 42 countries.

While the meeting between the heads of the government and states took place on October 29, it was preceded by rounds of interactions between the ministers and the senior officials.

India has been extending support for the development of cotton sector in the Cotton Four (C-4) countries (i.e. Benin, Burkina Faso, Chad and Mali) and also in Nigeria, Uganda and Malawi where India is providing cotton technical 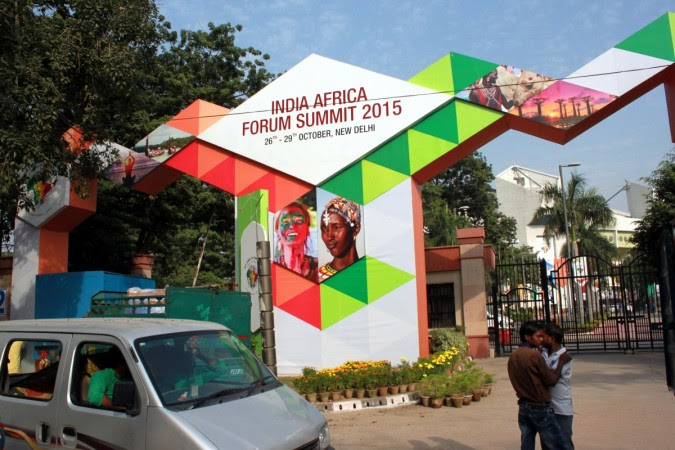 Many business enterprises such as Jain Irrigation, Karuturi Global, Kirloskar Brothers, Ruchi Soya and Renuka Sugars have established presence in several countries in farm and related sectors. In addition, several new players such as Yes Bank and McLeod Russel are making forays into the agriculture sector in the continent. This initiative has received very good response from the African students; 49 students got admission for various courses during the first year of its launch in 2010 itself and 57 in the second year. Further, various training programmes were also organised in India under IAFS-I for capacity building of African scientists.

The work relating to establishment of these centres have been taken up with the Ministry of External Affairs. Many countries in Africa have identified locations, building, etc. for the projects and some countries have already been visited by experts from India to study the existing infrastructure

India-Africa Fellowship Programme
To support theagriculturalhuman resource development in Africa, Government of India has implemented placements for 300 fellowships (75 per yeari.e. 50 Masters and 25 Ph.D.) to be provided for 4 years (2010-14) for students/faculty/professionals of African continent. The Fellowship programme started in the year 2010-11. The outcome of the programme is as follows: 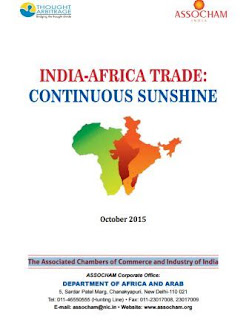 DARE also organised a meeting of H.E. the Ambassadors/High Commissioners of African countries in India on the 15th September, 2015 in India, where several aspects of cooperation in agricultural sectors were discussed, including modalities for implementing the projects proposed under IAFS and facilitating more and better opportunities for African students studying in India.