The SFOAP I has already been concluded which, was a pilot phase for 3 years and whose results tremendously provided organizational strengthening; enhanced cohesion and governance; capacity on policy process; advocacy and the necessary human resources needed to professionalize Farmer organizations at national and regional level. This five-year programme (2013-2017) supporting farmers' organisations in Africa is supported by the European Union (€15 million) and the International Fund for Agricultural Development (IFAD), the Swiss Agency for Development and Cooperation (SDC) and the French Agency for Development (AFD - Agence Française de Développement) to the tune of €19.9 million. 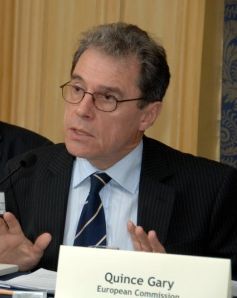 SFOAP II shall target the national; sub-regional and continental levels with a majority of the funding going to support national activities.

The head of delegation and special representative of the EU to the African Union, Gary Quince, noted on this occasion that "the pilot phase of the SFOAP had helped improve governance, leadership and financial management.

It has thus allowed regional farmers' organisations to become credible interlocutors in the eyes of public authorities and to start to be taken into account in the shaping of farming policy in Africa".