Milk is a major food in Kenya. Understanding how, and to what extent, these toxins affect dairy products in this country is under investigation by scientists at the International Livestock Research Institute (ILRI). 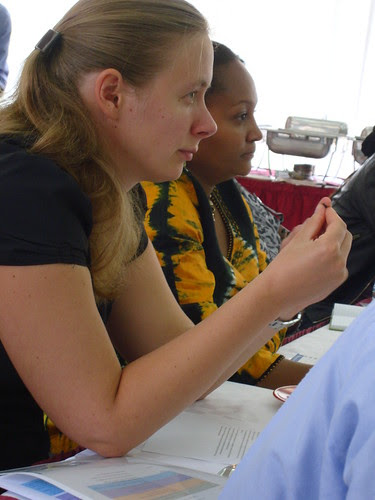 ‘We don’t know enough about the specifics of milk consumption in Kenya’, says Johanna Lindahl, a food safety researcher at ILRI. ‘We know that some groups, such as young children, pregnant and nursing women, as well as livestock herders, consume more milk than others.’

"Aflatoxins in milk has had quite some research interests, but it might be important to note that the public health importance of this has not been shown. We know the AFM1 is there, but we don't really know what it does to you (apart from being less carcinogenic than AFB1), and we know people consume it. I think there is a lot of research that still needs to be done on this issues, and this also needs to be conveyed to donors. There are knowledge gaps still in the basic pathology and the actual total impact on human and animal health. There is a lack of knowledge in binders and their efficiency, and we have very little means of actually mitigating the problem in a cost efficient manner."

ILRI is determining the risks posed to such different groups of people by exposure to aflatoxin-contaminated milk in a ‘My-Dairy’ project in Kenya funded by Finland’s Ministry of Foreign Affairs. In a series of studies, this project, which is under the CGIAR Research Programs on Agriculture for Nutrition and Health (A4NH) and Policies, Institutions and Markets, is also assessing the economic impacts of contaminated dairy feeds and the most appropriate ways of reducing aflatoxins along Kenya’s dairy feed chain.

Related:
How can the presence of aflatoxins in food be controlled?
This virtual briefing of the Global Donor Platform for Rural Development looks at two Kenyan studies on the effects of fungi, mycotxins and aflatoxins. Caused naturally, common fungus has been isolated in soils, maize, millet and sorghum in both regions. They are even found in infants' food.

Prof. Erastus K. Kang'ethe of the University of Nairobi speaks about the reasons for high contaminations – both on the natural, agricultural side as well as a result of cultural practice and societal problems. Erastus K. Kang'ethe is member of the PAEPARD supported consortium "Aflatoxin contamination management along the maize value chain in Kenya".

Published on 31 Jul 2014 When different organisations -donors, funders, governments, private sector agencies, project managers, farmers- all enter a local developing market they each have different objectives and intentions. However if their goals differ then so would the strategies employed to achieve them.


"In order to help the emergence of a profitable, sustainable dairy sector -that includes small farmers- you need at the origin good public private partnerships. So you need to have all these ingredients -the prerequisites- but also you have to get the most suitable collaborations in order to produce and to push the development of the dairy sector," explains Pierre-Marie Borne in an interview with the platform.