4 PER 1000 Africa symposium on soils for food security

24 - 26 October 2018. Johannesburg, South Africa. "4 PER 1000"Africasymposium on soils for food security and climate was organised by the NEPAD Planning and Coordination Agency and Regeneration International.

#4per1000
NEPAD is the implementing agency of the African Union, aiming at eradicating poverty and fostering Africa's sustainable growth and development through the promotion of regional and continental integration. It facilitates and coordinates the development of NEPAD continent-wide programs and projects, mobilises resources and engages the global community, regional economic communities and member states in the implementation of these programs and projects. Under the area of work “Natural Resources Governance and Food Security”, four programs are being coordinated by NEPAD: 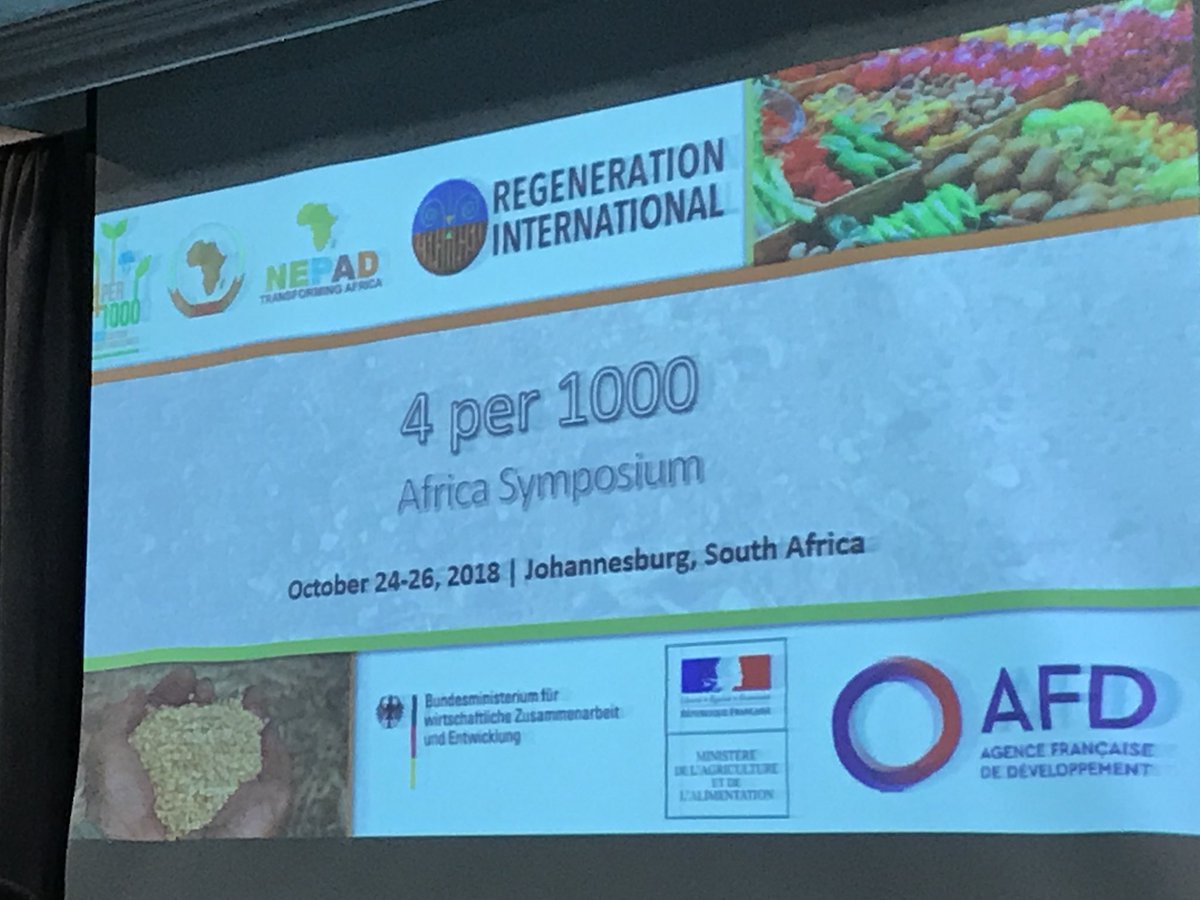 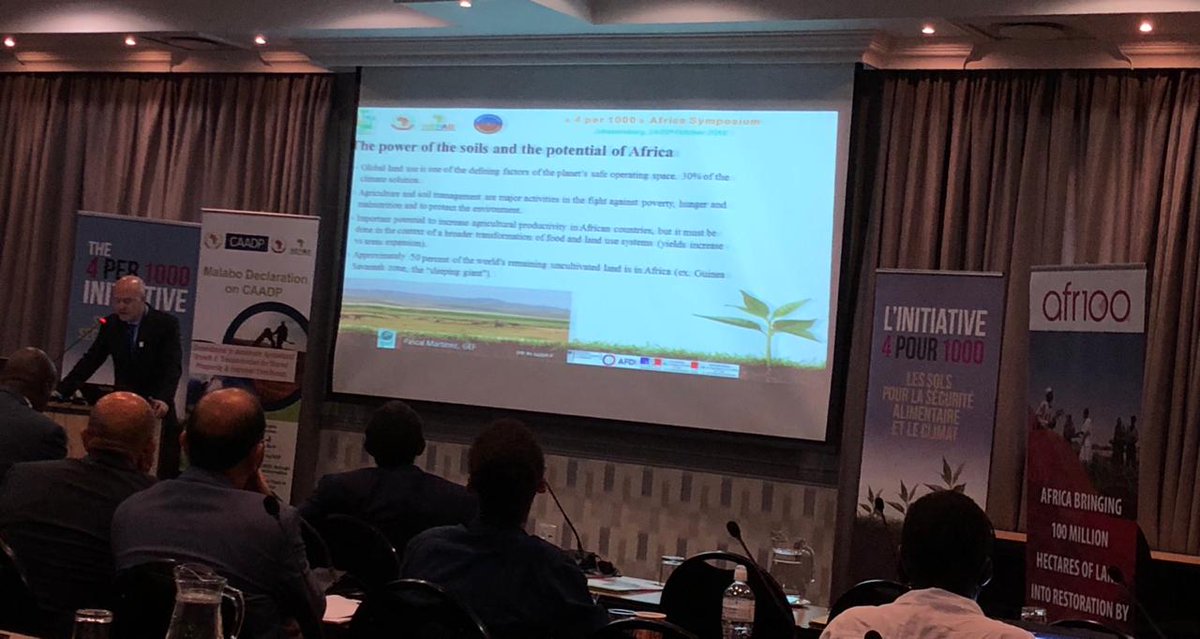 Extract of the programme
SESSION 1 – AFRICAN AND GLOBAL CONTEXT 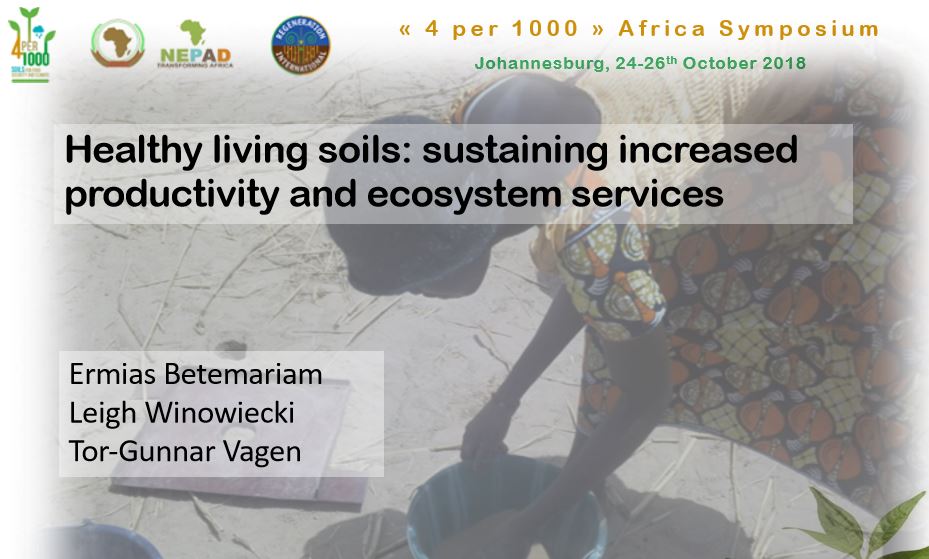 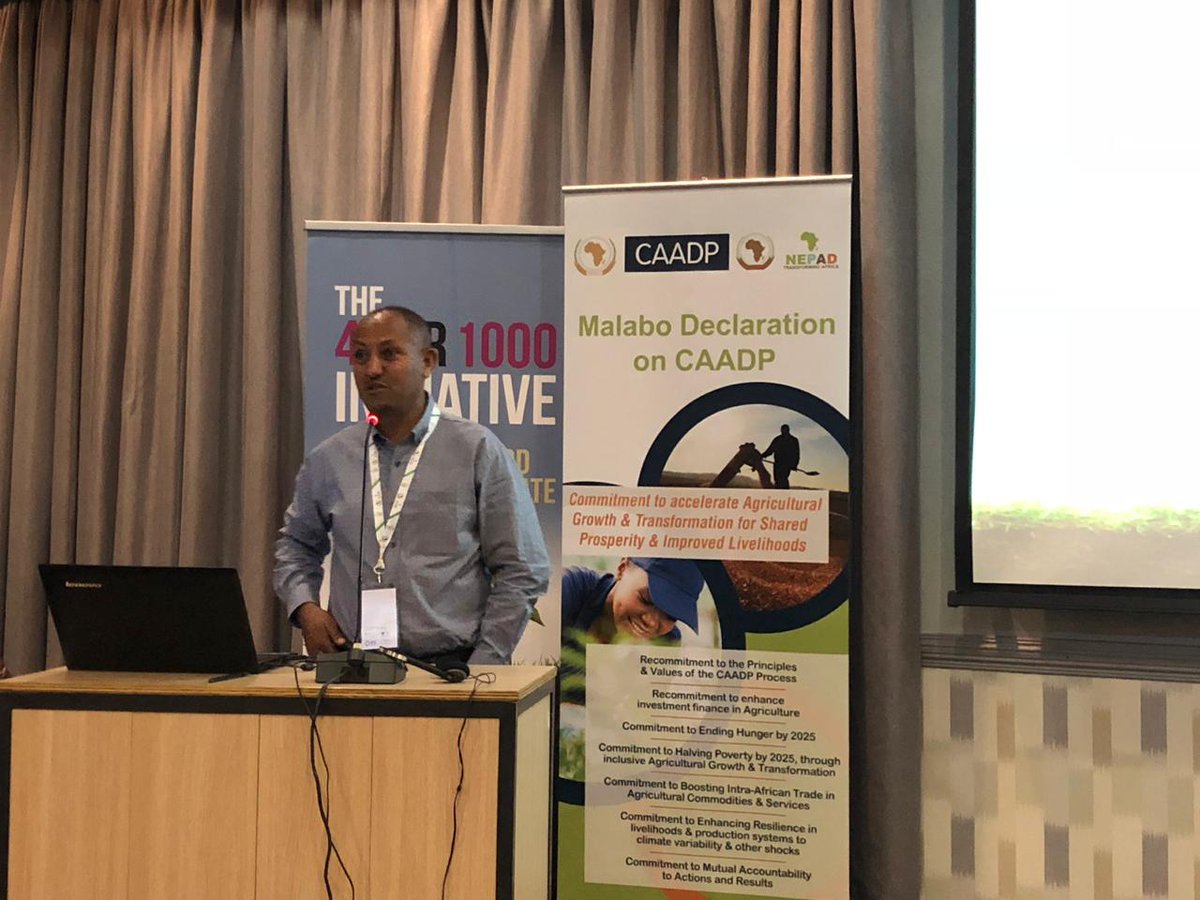 Background 4/1000 Initiative
The 4 per 1000 initiative was launched in 2015 at the UNFCCC COP21 as part of the Lima-Paris Plan of action and the follow-up Global Climate Action Plan adopted at the COP22.