June 1, 2011. A maverick entrepreneur and self-made millionaire, Sina Gerard is probably Rwanda's most famous businessman. Having established a business empire from the bottom up, he's now training local farmers to help make Rwanda an agricultural exporter. Twenty-five years ago he had just one employee, who helped him sell the bread he baked at his parents' farm. Now, Gerard says he employs hundreds of workers and buys produce from thousands of farmers.

Although he started out selling his food from a roadside stall, he was soon known not for his snacks, but what he put on them -- his famous "Akabanga" chili sauce. He now produces his chili sauce in industrial quantities. Akabanga is so strong that workers making it are required to wear a face mask. It has become popular in Rwanda and is shipped across the world for customers wanting the ultimate spicy kick.

Watch the video on CNN: Millionaire who built business empire on chili sauce 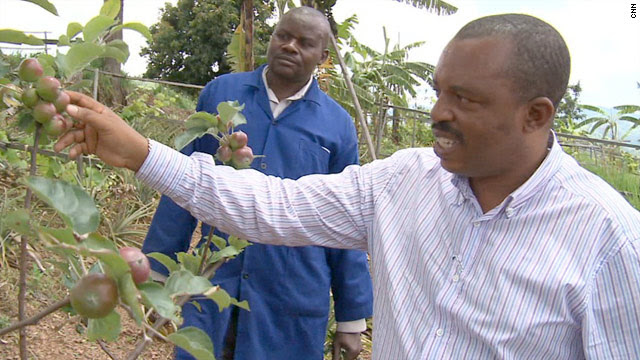 Entrepreneur in an unusual business
at Wednesday, June 01, 2011