Can digitalization feed the world?

The World Food Day Colloquium offered a platform to learn more about the digitalization with regard to global food security. 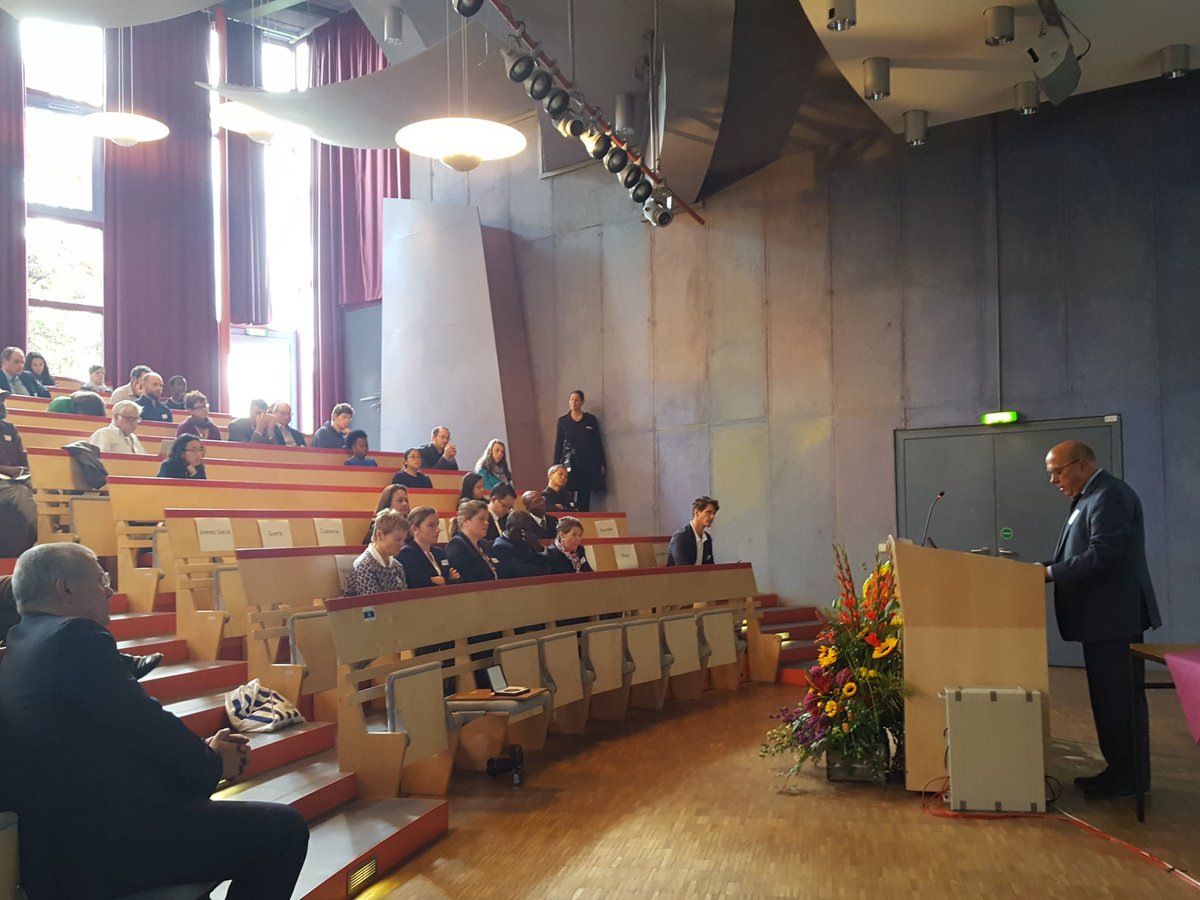 The potential to innovate food security problems in developing countries is there but can big data and ICT revolutionize the fight against hunger and malnutrition?

The Colloquium resulted in a panel discussion with experts on the question: Can digitalization feed the world? Special highlights were the “Justus von Liebig Award for World Nutrition 2017” and the presentation of the new Global Hunger Index 2017.

Can digitalization feed the world? Panel discussion at #WFDC17

One of the Hidden Hunger champions Prof Biesalski had been awarded the Justus von Liebig Award at the #wfdc17 by the foundation Fiat Panis.

The Foundation fiat panis awarded for the fifth time the Justus von Liebig Award for World Nutrition for outstanding performance in the fight against hunger and rural poverty. Prof. Dr. med. Hans Konrad Biesalski, the former president of the Food Security Center, received 25,000 Euro, on the occasion of the World Food Day Colloquium 2017 at the University of Hohenheim in Stuttgart.
He is one of the world's most renowned researchers in vitamin A research and has made ground-breaking discoveries in basic research on the metabolism of vitamin A. He has also used his expertise to carry out applied research in developing countries covering a wide range of nutritional issues. His scientific achievements are well documented by his impressive publication list. Biesalski has 249 publications in PubMed which were quoted 16,000 times. Prof. Biesalski has organized three international “Hidden Hunger” conferences (2013, 2015, 2017) that brought together the leading scientists as well as the new generation of young scientists, especially from Africa and Asia, on the subject of micronutrient deficiency.

The 2017 Global Hunger Index (GHI) - jointly published (October 2017) by the International Food Policy Research Institute (IFPRI), Concern Worldwide, and Welthungerhilfe - tracks the state of hunger in 119 countries worldwide, spotlighting those places where action to address hunger is most urgently needed.

According to 2017 GHI scores, the level of hunger in the world has decreased by 27 percent from the 2000 level. The 27 percent improvement noted reflects progress in each of these four indicators according to the latest data from 2012–2016 for countries in the GHI.

The advances have been uneven, however, with millions of people still experiencing chronic hunger and many places suffering acute food crises and even famine.

Of the 119 countries assessed in this year’s report, one falls in the extremely alarming range on the GHI Severity Scale; 7 - - fall in the alarming range; 44 - - in the serious range; and 24 - - in the moderate range. Only 43 countries have scores in the low range.

In addition, 9 of the 13 countries that lack sufficient data for calculating 2017 GHI score - including Somalia, South Sudan, and Syria - raise significant concern (p.19) , and in fact may have some of the highest levels of hunger.
Spaces for Change Power

Both geography and ethnicity can impact a person’s nutritional status. Moreover, the uneven distribution of hunger and malnutrition reflects wider inequalities of power in society. Power in the global food system is now so concentrated in the hands of these corporations that they largely determine how and which food moves from producers to consumers.

Spaces for Change Power is not monolithic and immovable. It is exercised in a range of forms (from consumption to advertising to policy making), at various levels (global, national, and local), in multiple spaces (from farmers’ unions to UN committees). The vast inequalities in the food system have generated a similarly wide range of efforts to resist and redistribute power.A necessarily selective sample of these efforts highlights both their potential to redress imbalances of power as well as the challenges such efforts face.


Power analysis can help equalize change in the food system ... if: