Supermarkets are creating an obesity crisis in African countries 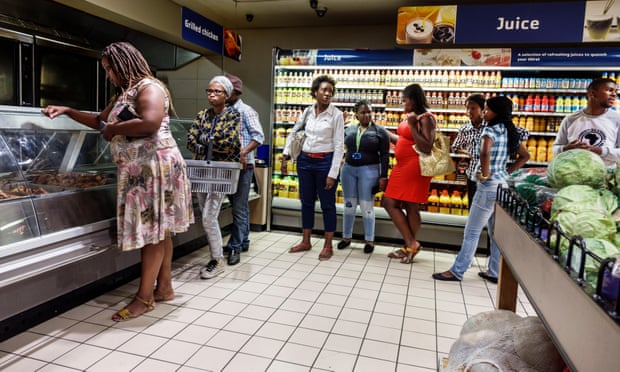 4 October 2017. Middle-class no longer eating what they grow, contributing to rising numbers of overweight people and creating a ‘double burden of malnutrition’, say researchers.

Changing dietary habits are creating an obesity crisis in African countries as middle-class people buy their food from supermarkets rather than eating food they grow, a group of international food security experts has warned.

A report by the Malabo Montpellier Panel, a group of agriculture and food experts, claims obesity is becoming a significant challenge for governments, agencies and the private sector in African countries, many of which are already dealing with malnutrition and stunting. Diabetes is also on the rise, said the panel.

A major study by Imperial College London, published in June, found the average body mass index in all African countries increased from an average of 21 in 1980 to 23 in 2014 among men. The figure for women over the same period rose from 21.9 to 24.9. A BMI of 25 or above is considered overweight.

The study also noted an increase in the prevalence of diabetes in Africa over the same timeframe, from an average of 3.4% to 8.5% among men, and 4.1% to 8.9% among women.

Von Braun said a key factor was the “supermarketisation” of African countries, as their middle-classes grow. Recent supermarket studies in Kenya have shown that middle-class shoppers tend to buy processed foods, high in sugars and fats, rather than fresh food.

Related:
A recent article in the New York Times points toward the exportation of obesity into developing countries by big food businesses
at Thursday, October 05, 2017