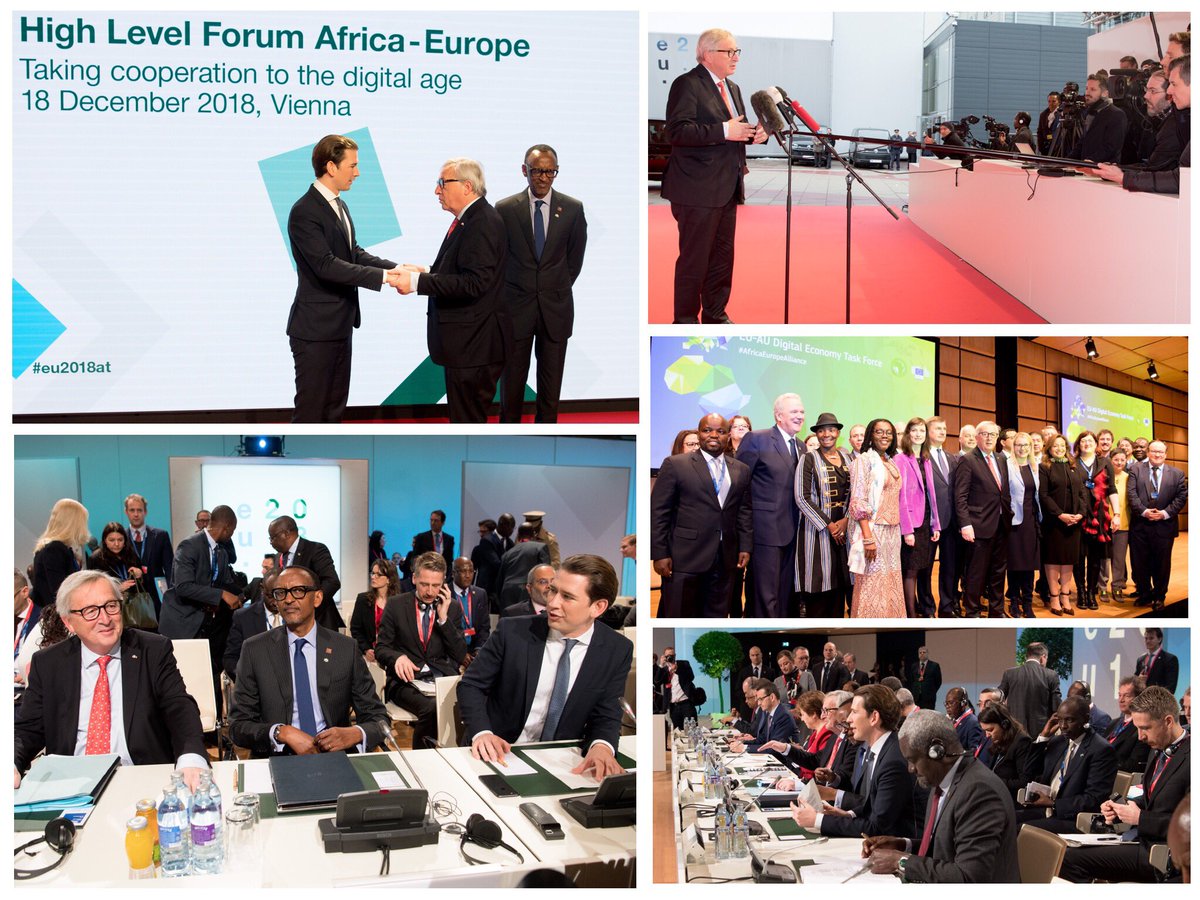 This meeting was attended by the President of the Republic of Rwanda, Paul Kagame, as the current chairperson of the African Union, and the Federal Chancellor of the Republic of Austria, Sebastian Kurz, as Austria holds the rotating presidency of the Council of the EU, and African and European heads of state or government, CEOs of major global companies as well as innovative entrepreneurs and stakeholders.

The high‑level forum’s leitmotif “Taking cooperation to the digital age” promoted innovation and digitalisation as important enablers for our future development, so that everyone can benefit from the ongoing digital transformation. A lot of innovation is happening both in Africa and in Europe, with many creative start‑ups providing solutions for different emerging challenges, and this forum was an opportunity to showcase them and to learn from each other.

The high‑level forum provided a space to reflect and act on what needs to be done to secure prosperity and competitiveness on both continents as well as to deepen the relationship between Africa and Europe in all its aspects with a specific focus on taking cooperation to the digital age. During the high‑level segment, political leaders and CEOs were invited to share their vision on the current and future cooperation between Africa and Europe regarding innovation and digitalisation.

Opening of the High-Level Forum Africa-Europe


High-level dialogue "Taking cooperation to the digital age"
African and European political leaders, representatives of international organisations and CEOs of major companies will be invited to share their vision on the current and future cooperation between Africa and Europe regarding innovation and digitalisation.


Round Tables and Side Events

The following round tables and side events were organised by LivingLab/Kenya and ECOTEC/Austria (African-European collaboration), the Austrian Federal Ministry of Education, Science and Research (cooperation initiative in higher education and research), Brainbows/R20AWS (mobilising finance for climate action), the European Investment Bank (connectivity in Africa) as well as the Austrian Development Agency and the Austrian Foundation for Development Research (ÖFSE) (connecting cities). .
For detailed descriptions of the individual programme items and a list of the respective participants, please see the Detailed Programme
at Tuesday, December 18, 2018