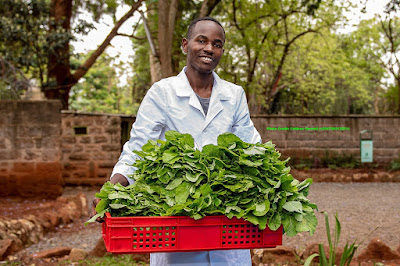 The youth in Ethiopia are estimated to constitute 30% of the population. Around 81% of them lived in rural areas, and 98% of the rural youth depended on the agriculture sector in 2016. Through generations, most of the youth in rural Ethiopia have been sharing the same land with their parents and other adults. As a result, the land size available to youth is becoming increasingly insufficient. Moreover, the youth are the hardest hit by poverty, the highest unemployed groups of the society, and the number of youth job seekers is increasing overtime. For instance, 1.52 million job seekers were registered in rural areas in eight regions in late 2018. Employment opportunities have been very limited in rural Ethiopia because of lack of complementary investments and poor access to finance and land. These unfavorable conditions have been contributing to the unabating rural-urban migration and migration abroad. In a bid to ameliorate rural unemployment and underemployment problems, the Ethiopian government recently started developing youth employment initiatives, packages and policies. This paper aims to document four of the major interventions, particularly for rural youth. Below are summaries of the main interventions since 2000.

1. The National Youth Policy (NYP): The NYP introduced in May 2004 is, based on available records, the first policy developed for the youth to actively participate in and to get fair benefits from the political, social and economic developments in the country. The NYP was established to fill up the institutional and policy gaps which hindered the active participation of the youth in political, social and economic activities, and that impede fair benefit to the youth from the achievements. The NYP aimed to address both urban and rural youth unemployment problem. Acknowledging that the government alone could not solve youth unemployment problem, the NYP aimed to create enabling conditions for the youth to create their own jobs and for the private sector to create jobs for them. Specific to the rural youth, the policy emphasized that the rural youth should have access to farm and grazing land, and to support the youth to engage in off-farm activities.
2. The National Rural Youth Development Package (2006): It was the first development package specifically developed for urban and rural youth, which acknowledged that the rural youth face distinct challenges. The package explicitly indicated how land and finance for the rural youth would be obtained. It required all government ministries and agencies to specifically incorporate the youth package in their strategies, plans and budgets.
3. The Rural Job Opportunity Creation Strategy (RJOCS) 2017: It was adopted by the Council of Ministers in May 2017. The strategy aimed to integrate the rural job opportunity creation efforts with the country’s broad and sectoral policies, strategies and programs, particularly to align with the objectives and targets of the Second Growth Transformation Plan (GTP-II) and the Climate Resilient Green Economy (CRGE) plan of the country. The strategy document explicitly indicated how resources, mainly finance and land, should be accessible by the youth. It identified four pillars as the main sources of jobs for the rural youth: entrepreneurship/self-employment, wage employment/labor markets, expanded rural productive public workfare programs, and livelihood diversification.
4. The Youth Revolving Fund (YRF 2017): This Fund was approved on March 10, 2017 in Proclamation No. 995/2017. The proclamation dictated that the federal government should allot 10 billion ETB (427 million USD) for regional governments for the fund to serve as a permanent source of finance to assist youth to employ their capabilities in creating job opportunities. The target beneficiaries of the fund are the youth (aged between 18 and 34 years old) both in urban and rural areas organized under micro and small enterprises. In addition to land and finance, the implementation strategy of the Fund dictated that technology and human resource development were critical inputs that should be supplied to the youth.
5. Other related projects, programs and plans  A) The Agricultural Growth Program (AGP I &II), since 2011 B) Growth and Transformation Plan I (GTP-I), from 2011 to 2016 C) Growth and Transformation Plan II (GTP-II), since 2016   The following results and lessons can be drawn from the interventions:
• The programs acknowledged the structural and institutional constraints facing the youth
• Encouraging results have been achieved through some of the interventions. For instance, around 42% of the YRF was distributed to 224,297 rural youth at the time of data collection, and a total of 39,003 businesses were established within the last two and half years of the operation. Moreover, within the same time period, around 2.2 billion ETB was distributed from regular funding sources (non-revolving fund) and 1,038,564 youth had a total of 97,274 hectares of land allocated to them.
• The amount of fund distributed to the rural youth from the YRF (4.2 Billion ETB) was almost double the amount of fund distributed at the same time period to the rural youth from the regular fund (2.2 billion ETB). This was because the YRF has been cheaper for the borrowers and the requirements needed to obtain the loan  has been relatively easier than the regular fund. It would have been more insightful to know how many jobs were created through the YRF excluding those who shifted borrowing from the regular fund to the YRF since the latter was cheaper and more accessible. Nevertheless, the results show that cheaper and easier financial access is one of the key approaches needed to increase rural youth employment. Indeed, studies have shown that the most critical constraint to starting own business in rural areas is financial constraint.

Limitations:
• The interventions did not set clear targets in terms of the number of jobs they aimed to create. Setting objectively measurable targets could have induced the implementers to strive better to achieve the targets.
• There has been poor data recording and monitoring and evaluation of the successes and challenges of the packages
• The youth who started business in rural areas faced challenges due to poor market linkages and limited complementary infrastructural developments such as electricity access and motorable roads to market centers. Entrepreneurs running micro and small enterprises noted that lack of adequate working premises, lack of access to credit and shortage of (electricity) power supply were the top three constraints impeding smooth daily operation and growth of enterprises.
• Most of the programs were motivated by and developed following a political instability in the country. For instance, the 2006 youth package was developed following the 2005 post-election crisis, the YRF (2017) and RJOCS (2017) were developed following months old instability in the country, which resulted in, among others, the resignation of Prime Minister Hailemariam Dessalegn. As a result, the packages could be short-sighted, developed primarily to get legitimacy and to consolidate power instead of primarily aiming at containing youth unemployment problems strategically.