7- 9 February 2018. Berlin. Fruit Logistica. Berlin was transformed into the capital of the global
fresh produce sector for three days during FRUIT LOGISTICA 2018. More than 3,100 exhibitors from over 80 countries presented a comprehensive market overview.

The Europe-Africa-Caribbean-Pacific Liaison Committee (COLEACP) had a boot at the fair. 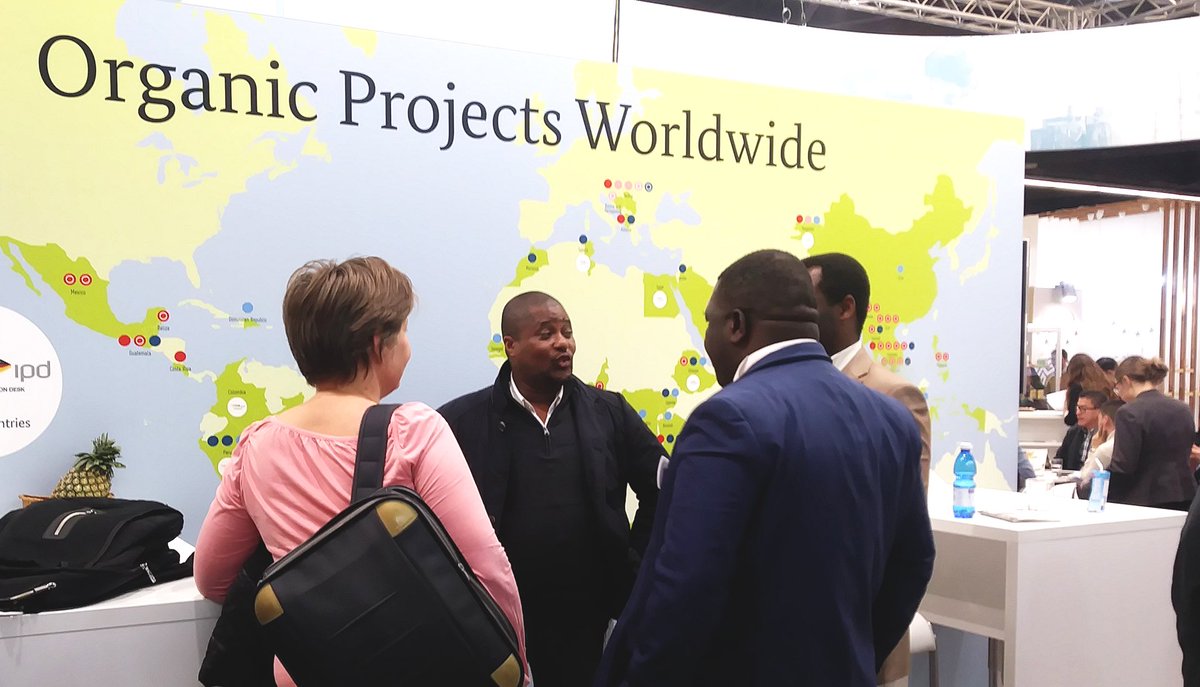 Related:
14th to 17th February 2018 in Nuremberg, Germany. The Biofach-Vivaness is the world’s leading trade fair for Organic Food in the world and Vivaness, the
largest international trade fair for natural personal care. Around 2,950 exhibitors and more than 50,000 visitors from the national and international organic sector attended the BIOFACH 2018.

Germany is the second biggest market in the world for organic products, right after the USA and the largest market in the Europe, with a total sales of US$10.5 billion reported in 2016 and accounting for 29 percent of sales in the Europe. Followed by France (18 percent), UK (nine percent) and Italy (eight percent). According to German Household statistics in 2016, it was reported a 10 percent growth over the previous year for spending on organic food and beverages. In a recent survey, the German natural cosmetic market is the strongest in Europe with a market share of 8.5 percent and a volume of 1.15 billion sales.